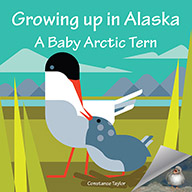 Growing up in Alaska
A Baby Arctic Tern

How much do you know about Arctic Terns?

What do Arctic Terns eat? 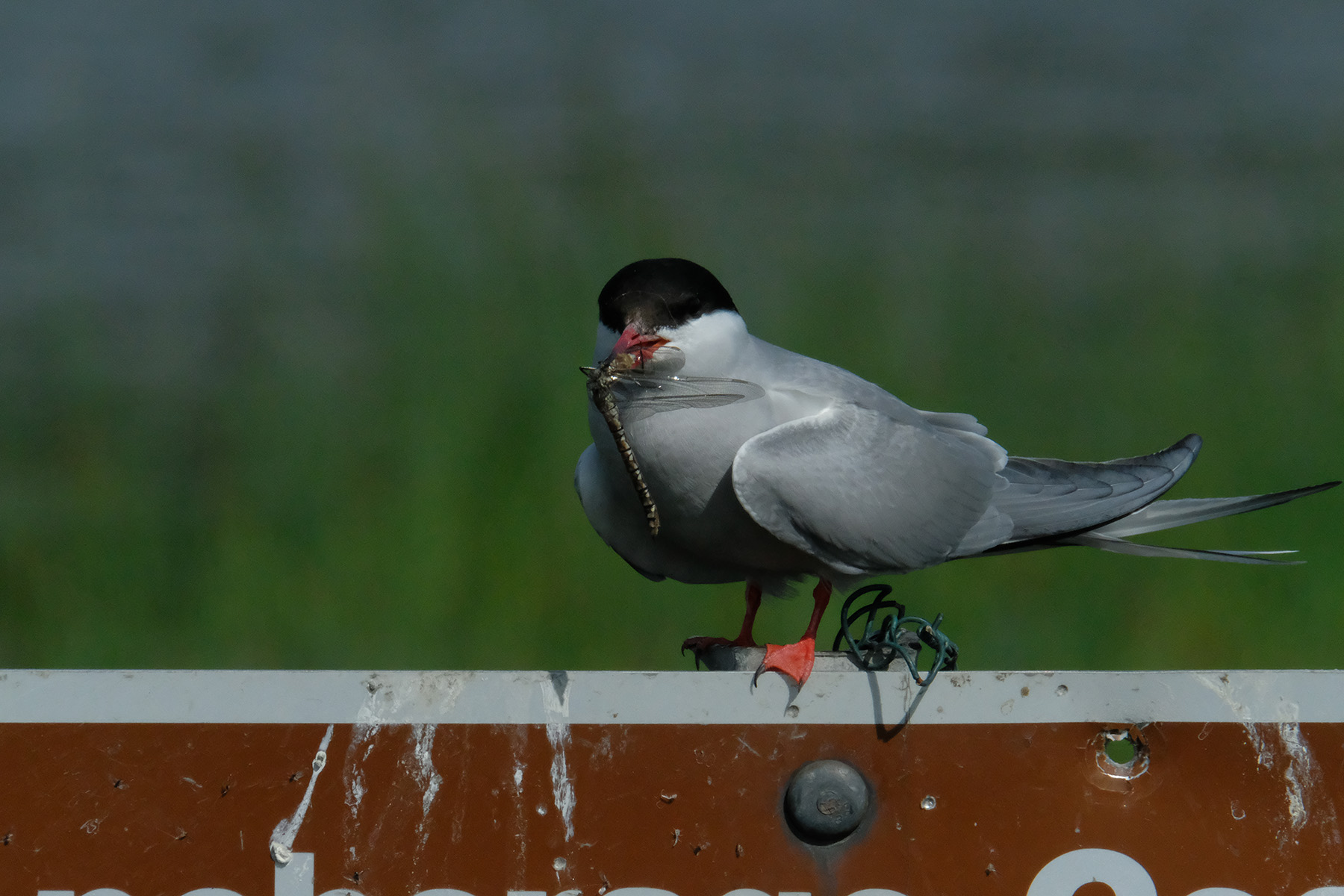 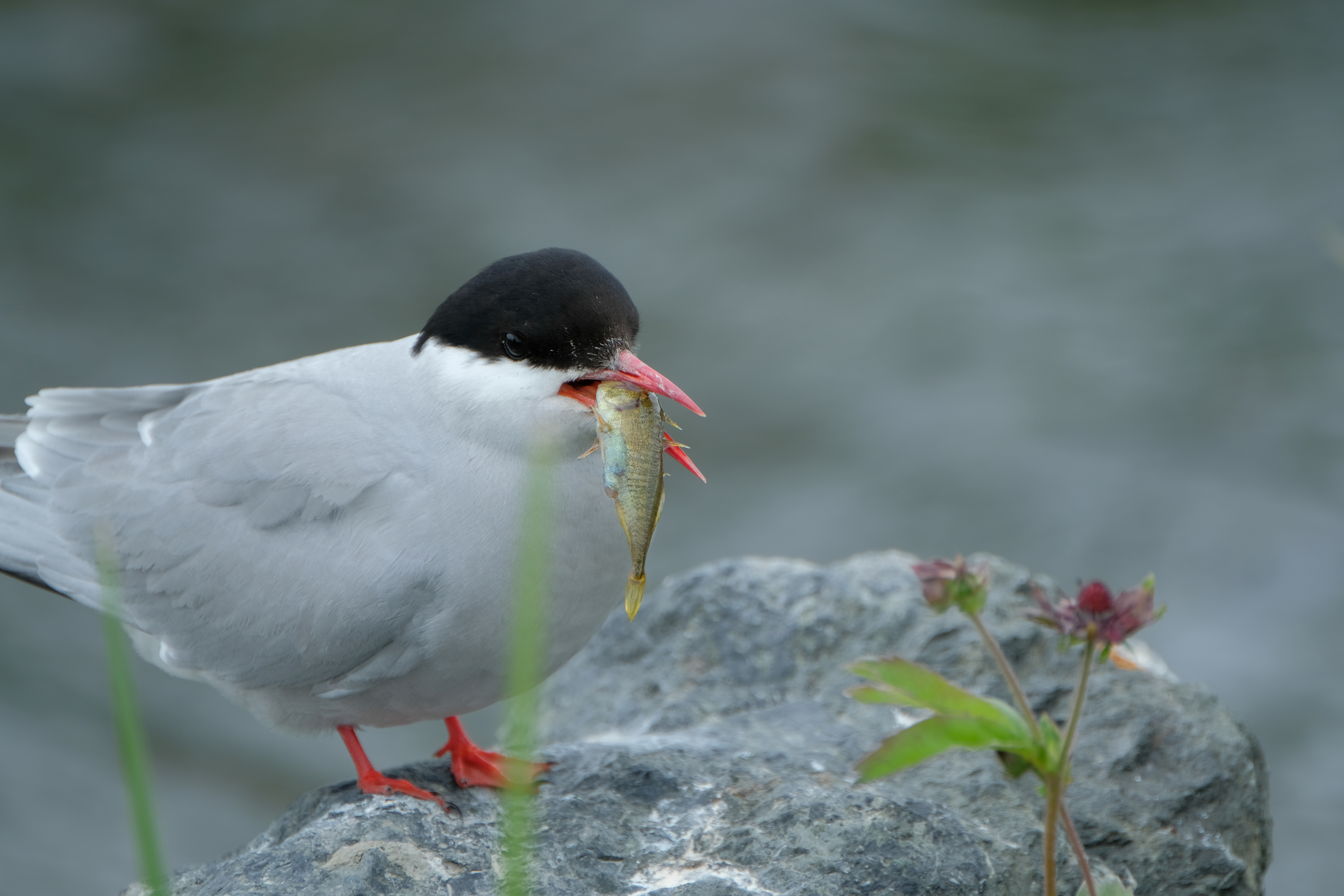 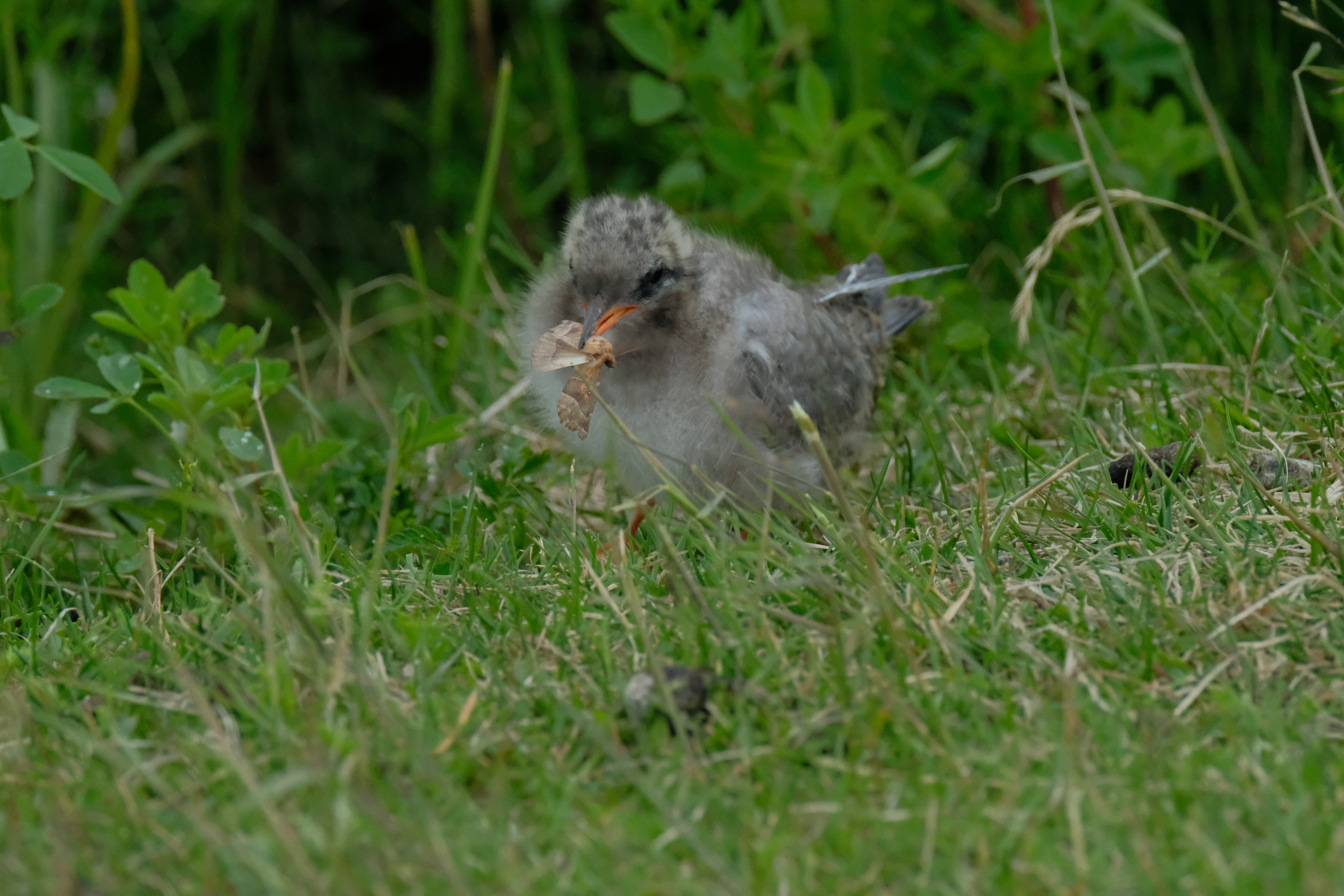 Baby Arctic Tern with moth he caught by himself.
Answer...

Where do Arctic Terns nest? 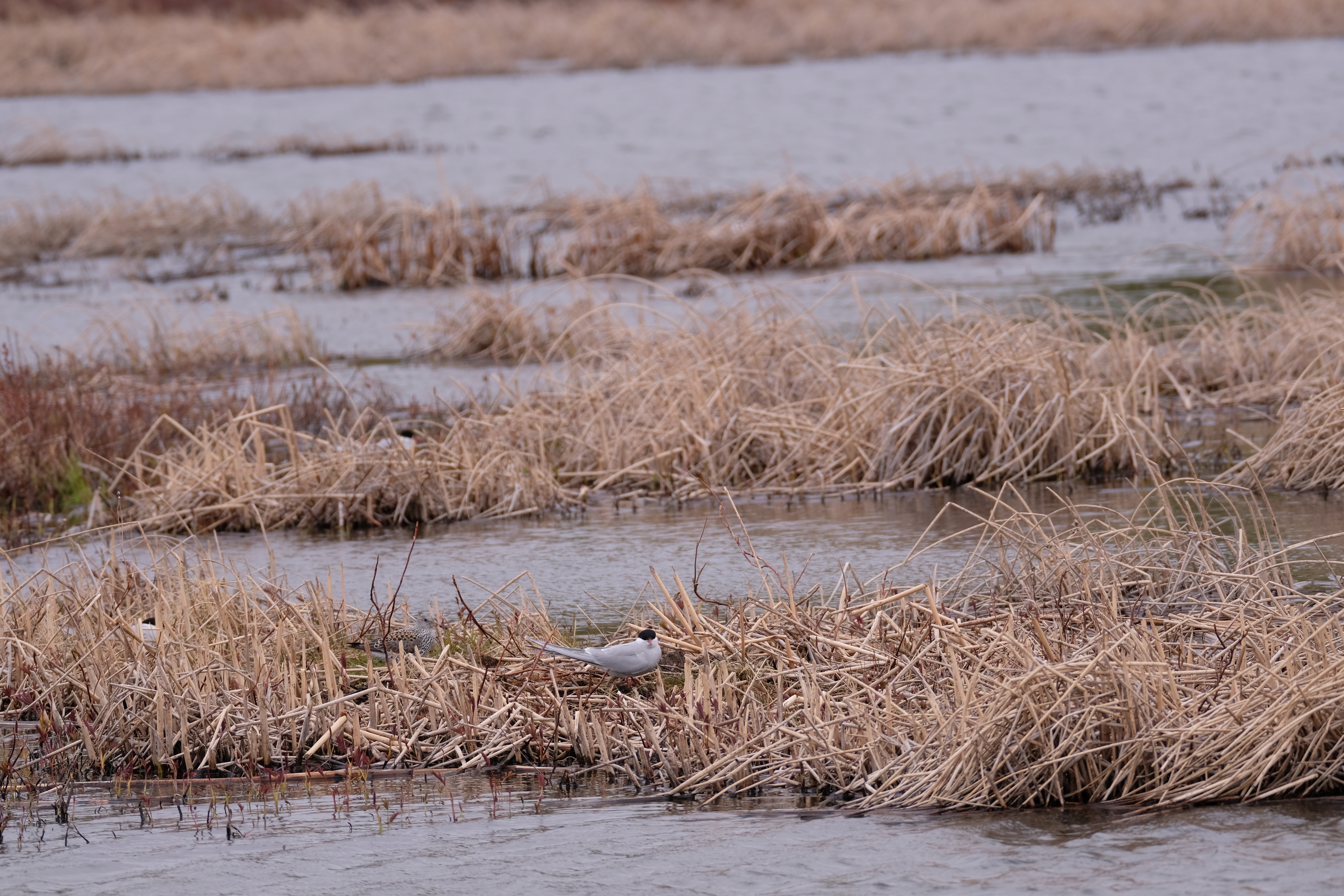 When Arctic Terns start building their nest, the grasses and reeds have not yet sprouted. They use the dried reeds from the prior summer for nesting materials. 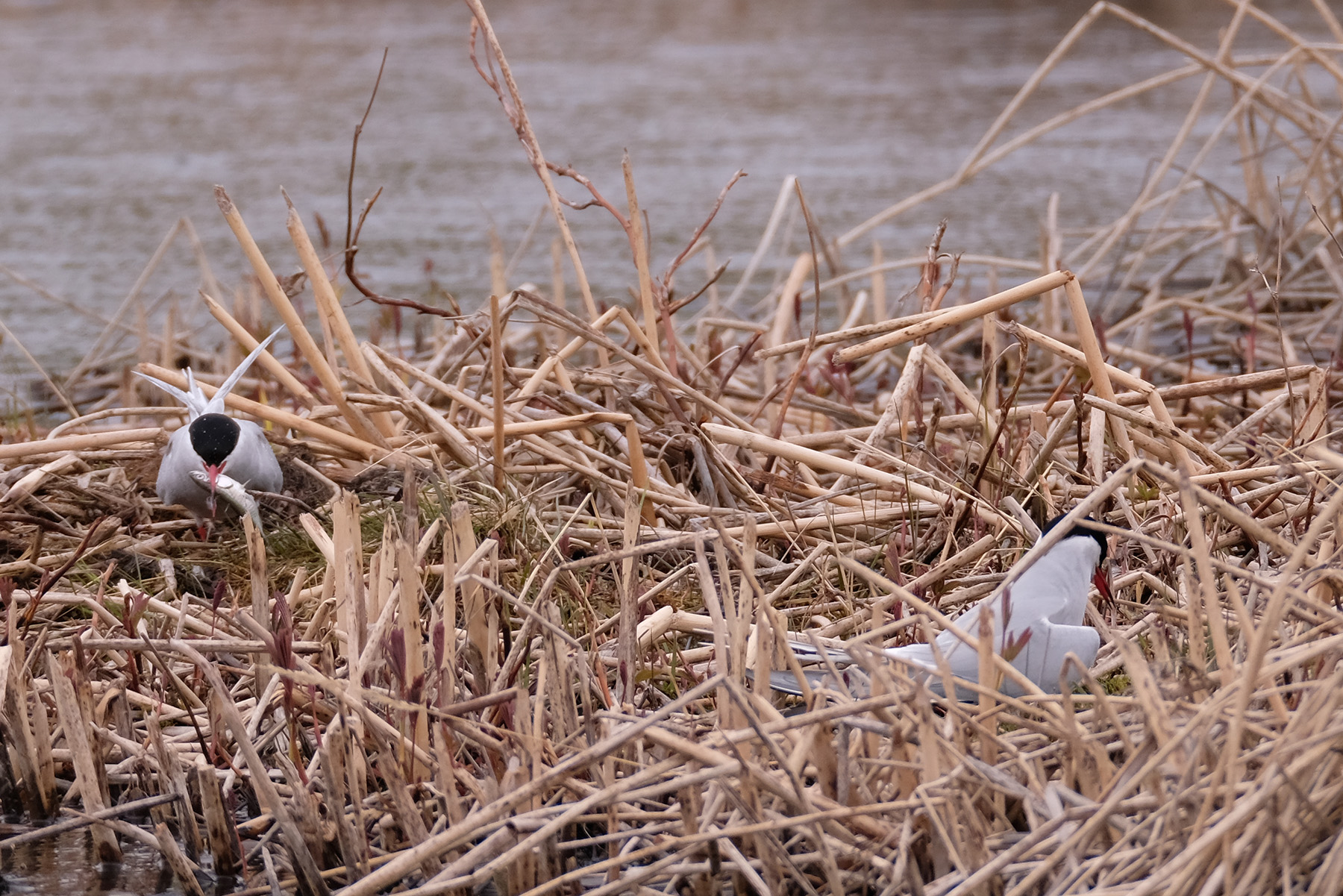 Arctic Tern pairs work together to gather grasses and reeds and build a nest for their eggs. Here an Arctic Tern is bringing a small fish to his mate working on the nest. 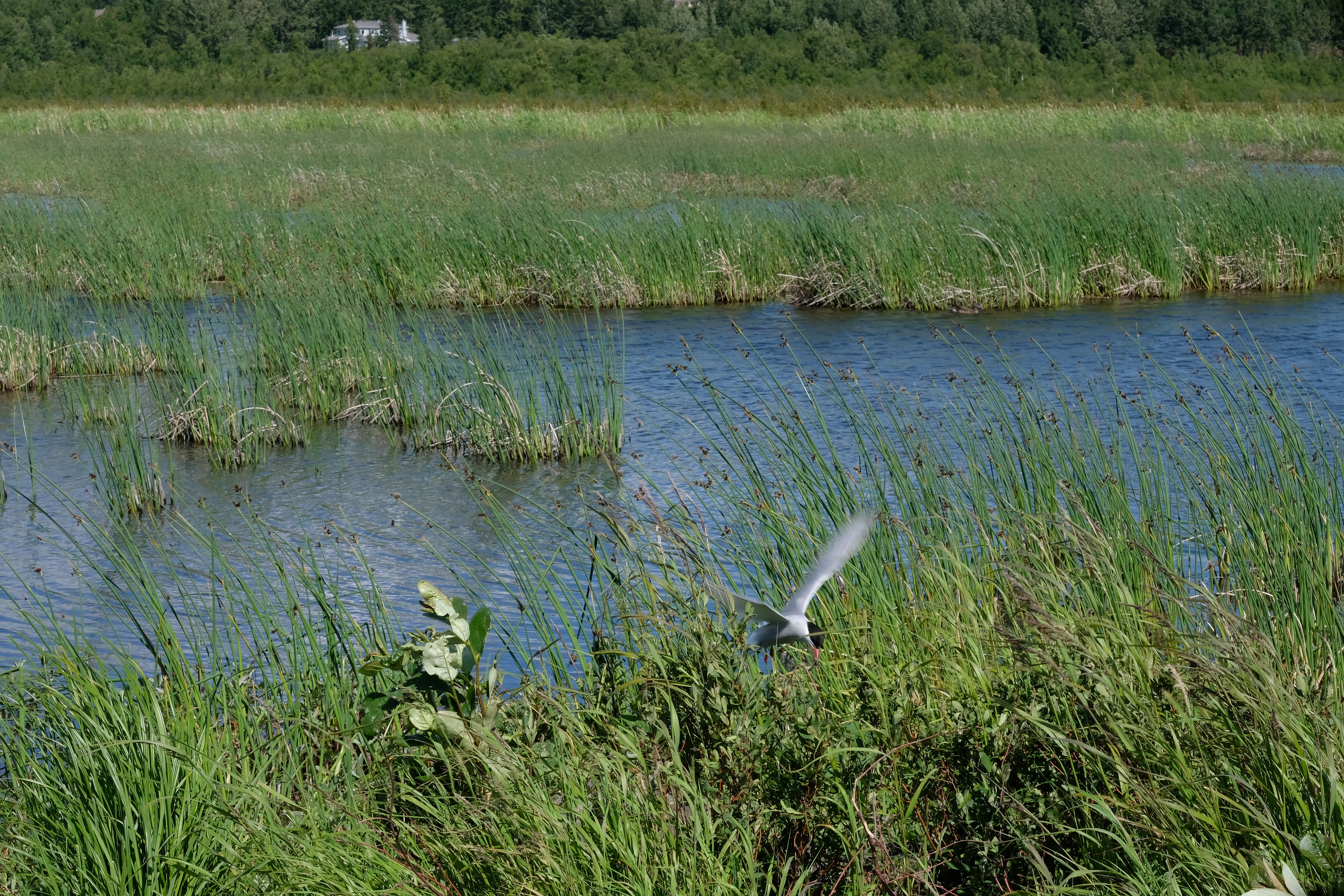 An adult Arctic Tern is returning to the nest. By the time the chicks hatch, the grasses and reeds have sprouted and grown tall and hide the nest.
Answer...

How are baby Arctic Terns protected?

Baby Arctic Terns are protected by their natural camoflauge, by the location of their nests, and by their parents. 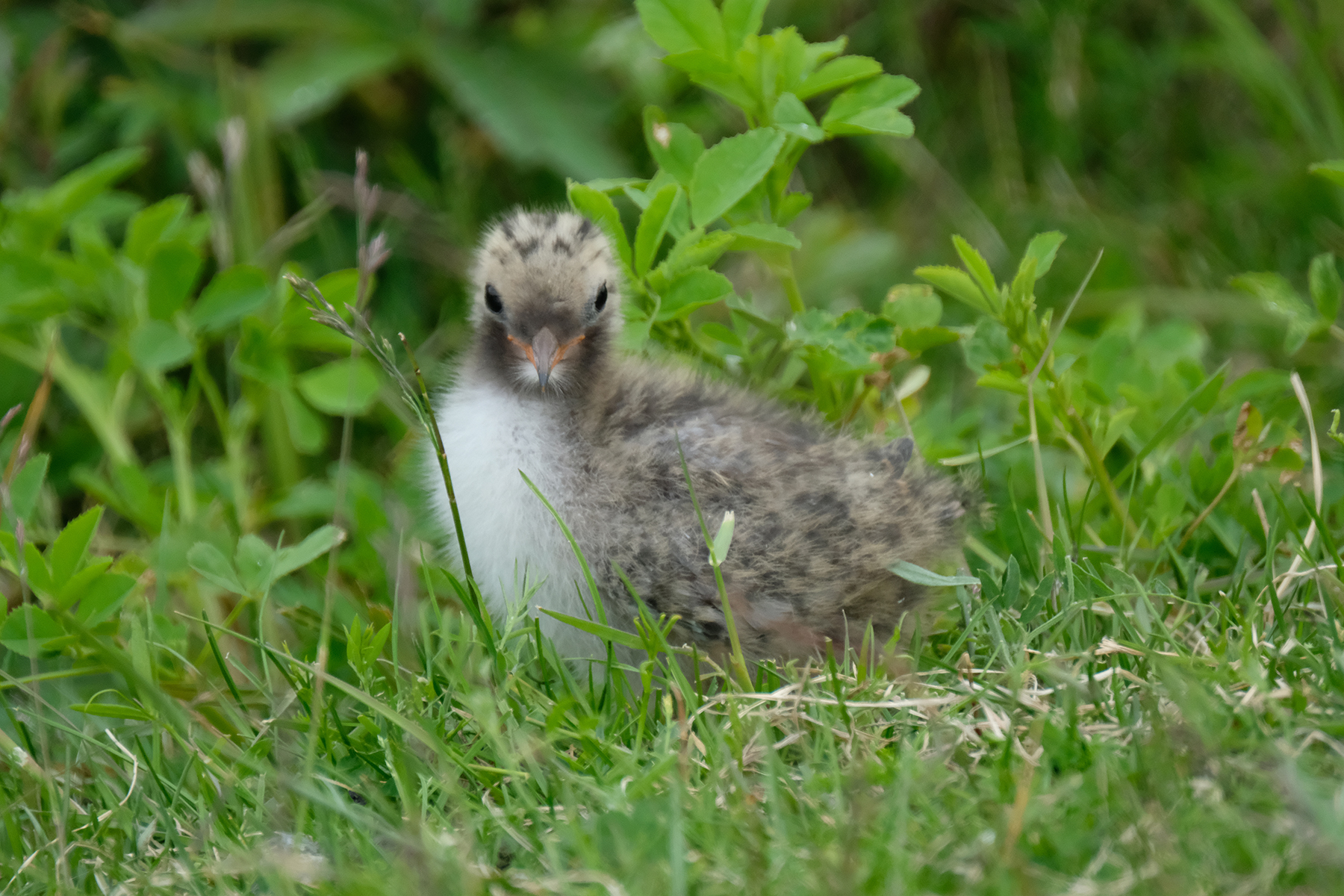 The feathers on the baby Arctic Tern's back are brownish colored to match the dried grass. 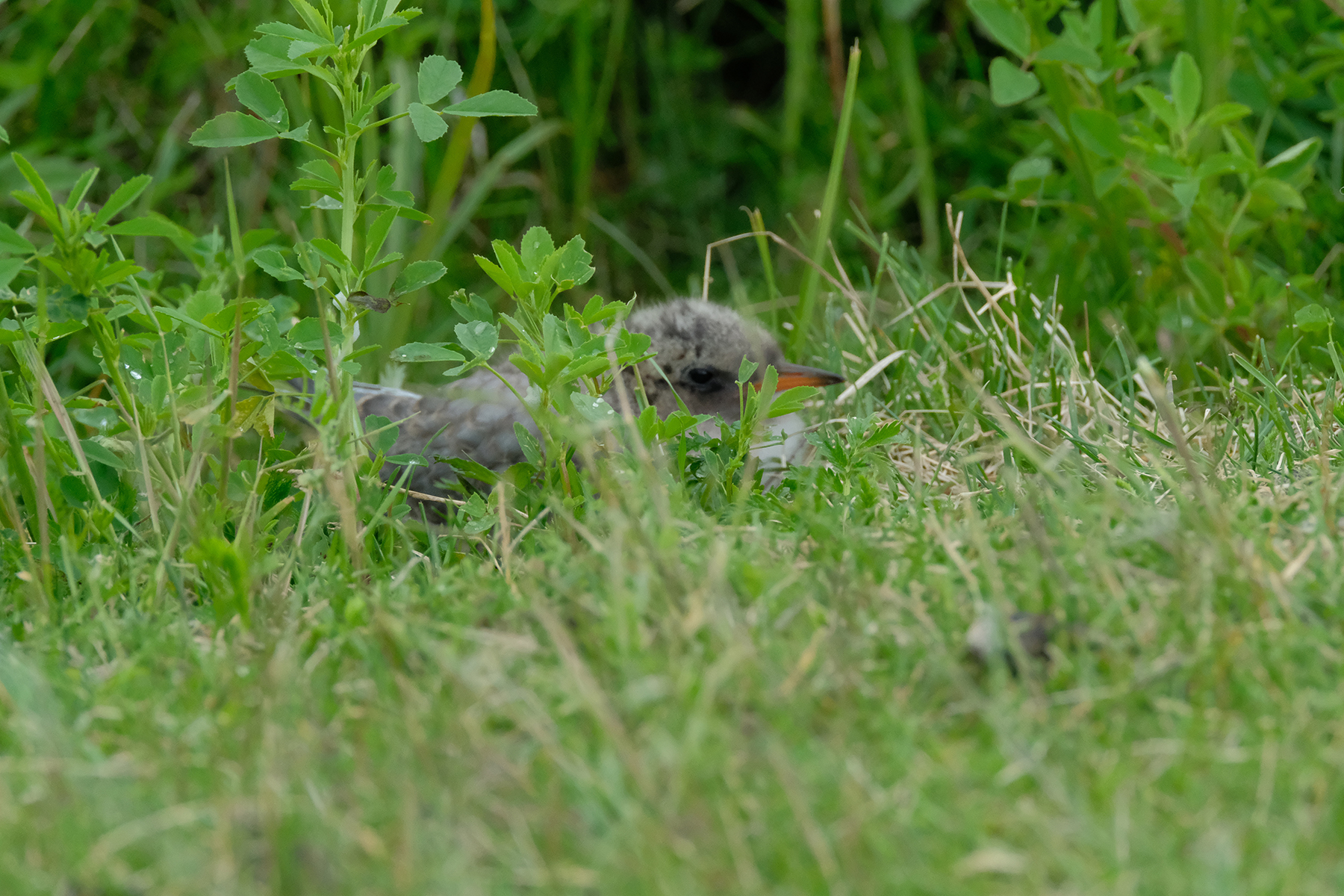 They are born knowing to hide and knowing to crouch down and stay still when their parents are away. 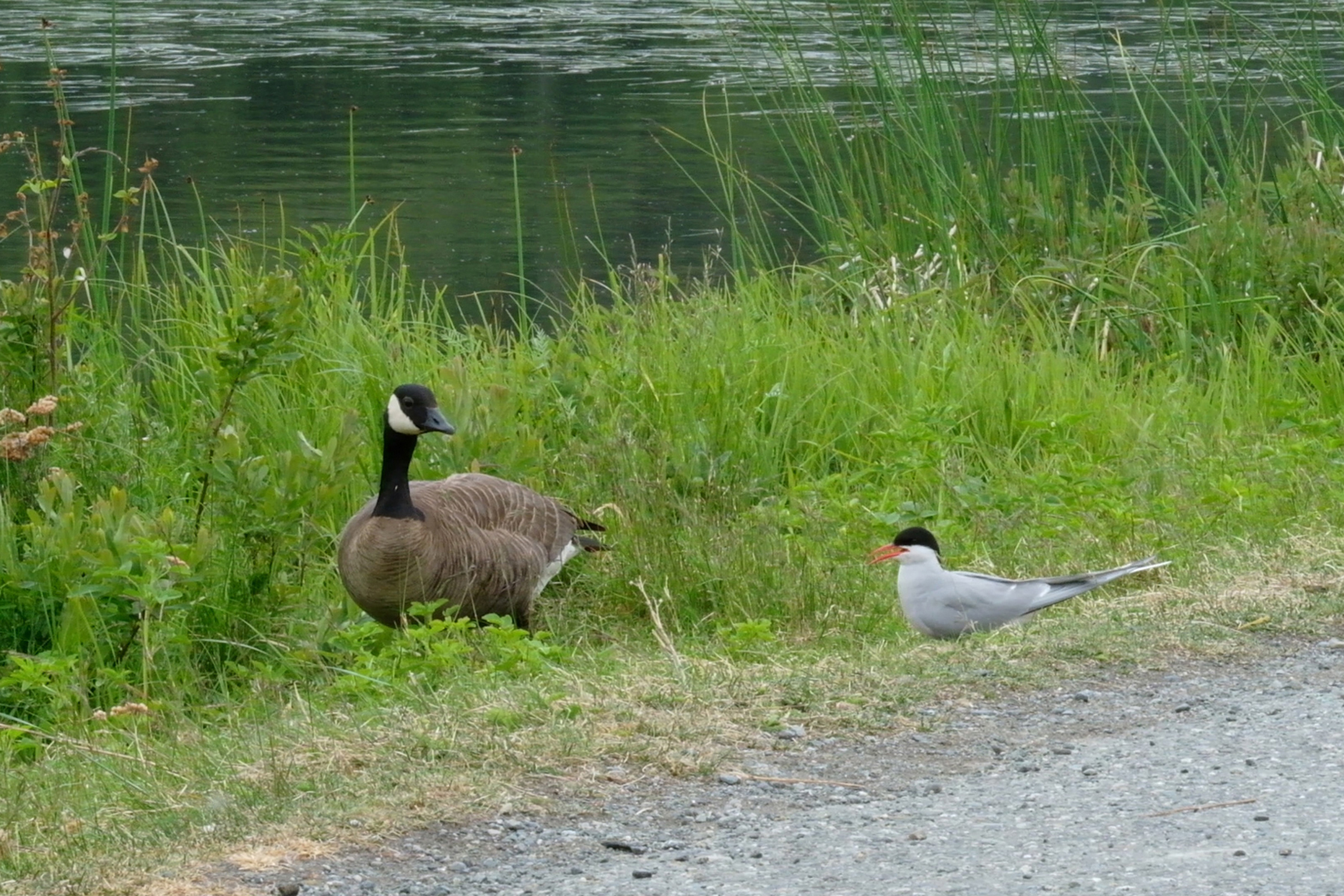 The adult Arctic Terns keep watch on their chick and keep other birds away from him.
Answer...

How do Arctic Terns sleep?

Like most birds, Arctic Terns usually tuck their heads under their wings when they rest. 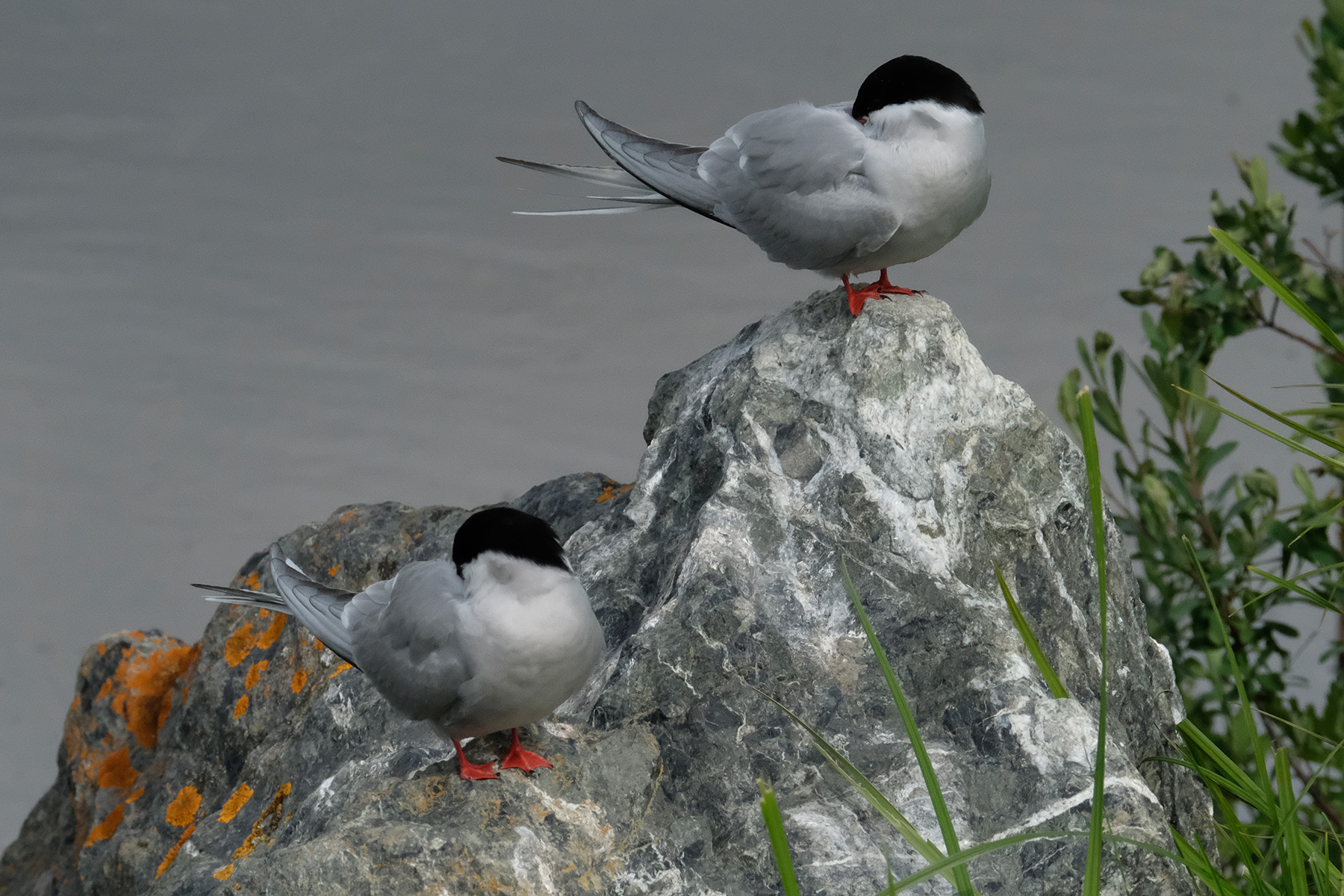 Adult Arctic Terns tuck their heads under their wing and nap on a rock or elevated location. 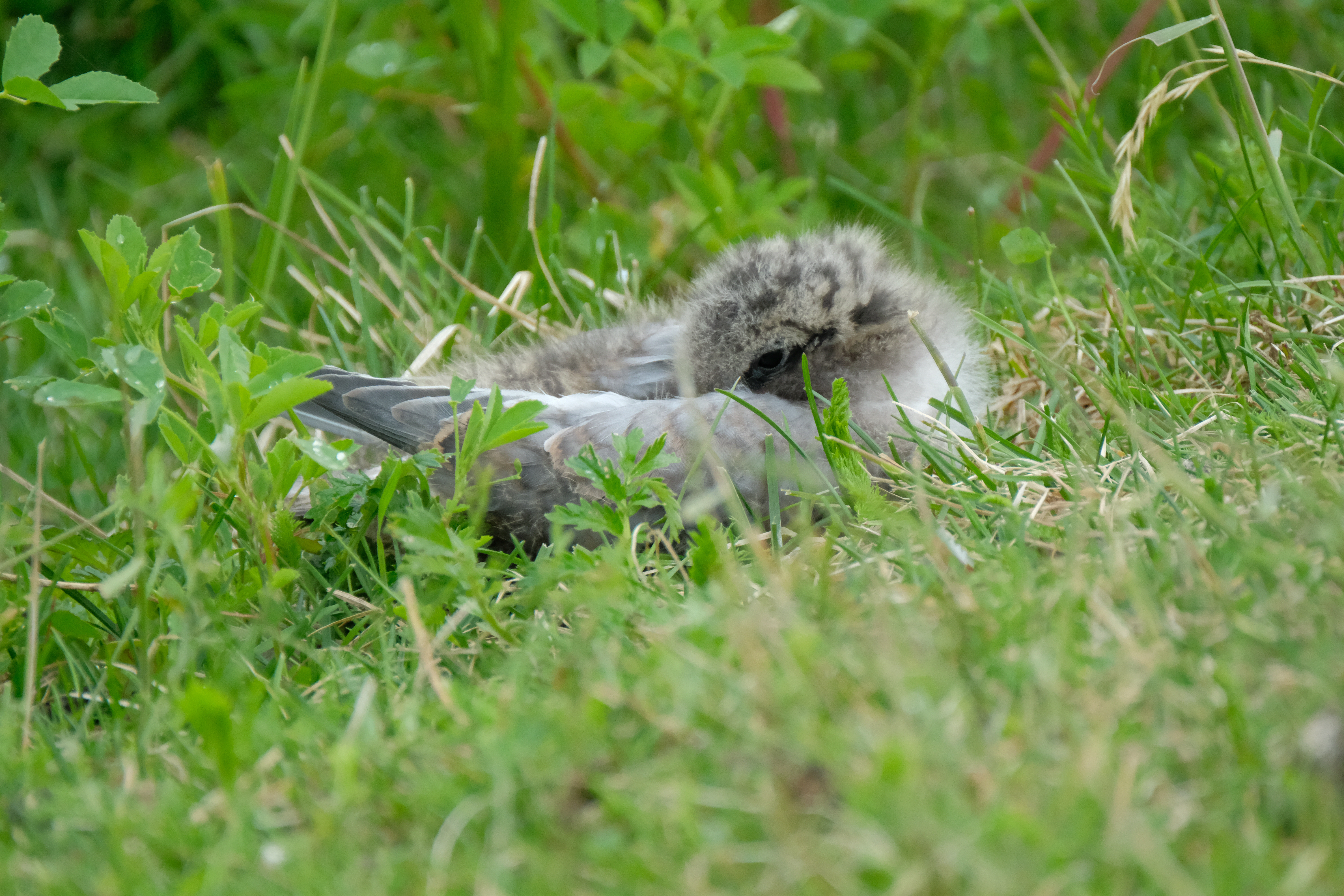 Arctic Tern chicks nap with their head under their wing while hiding in the grass. 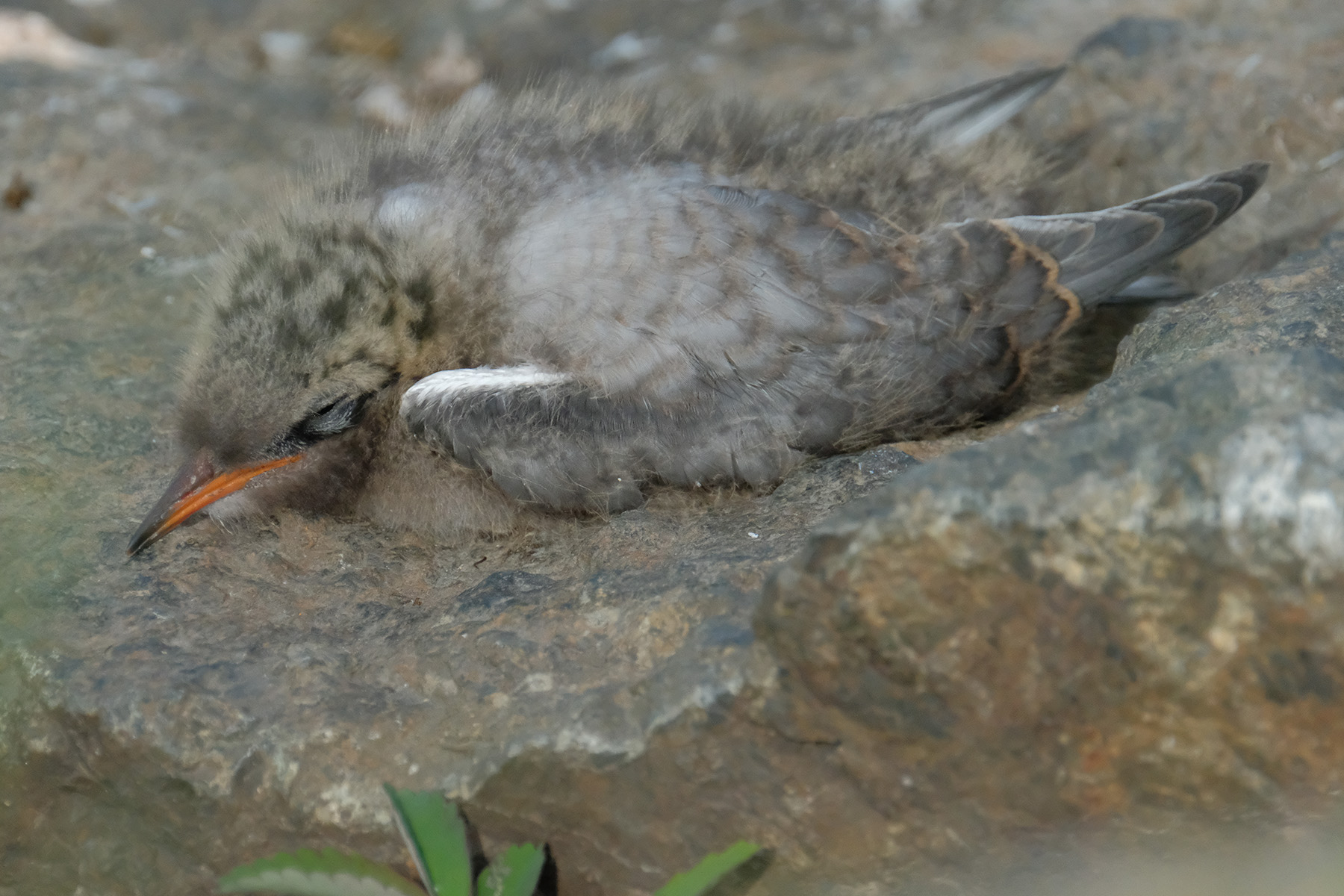 Arctic Tern chicks also nap on a rock that matches the colors of their feathers and enjoy the sun on a warm day.
Answer...

How do Arctic Terns clean their feathers?

How do baby Arctic Terns learn to fly?

It takes lots of practice and exercise to learn to fly. 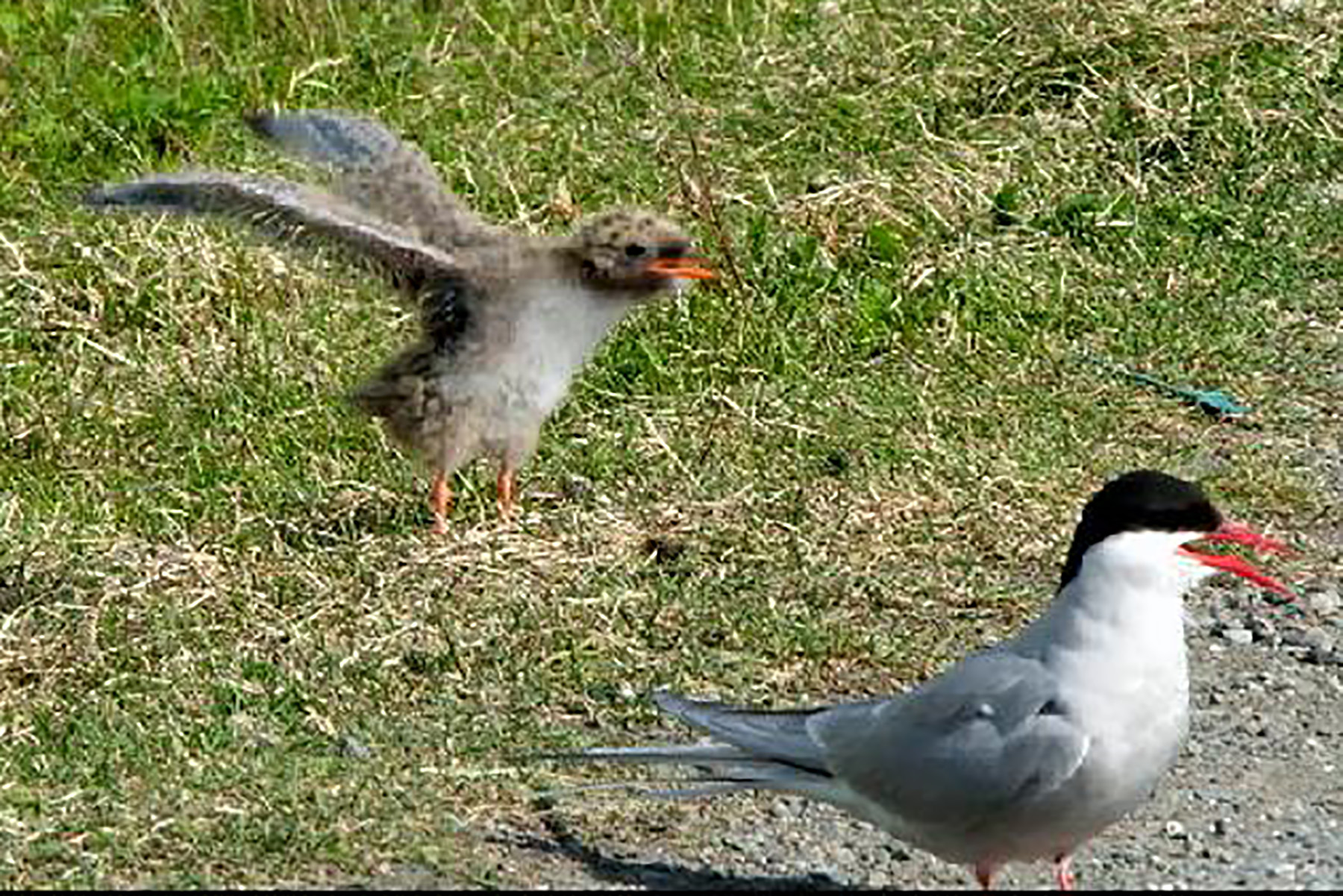 As soon as the Arctic Tern chick can stand, he starts to stretch his wings. Sometimes his parents stand by and encourage him. 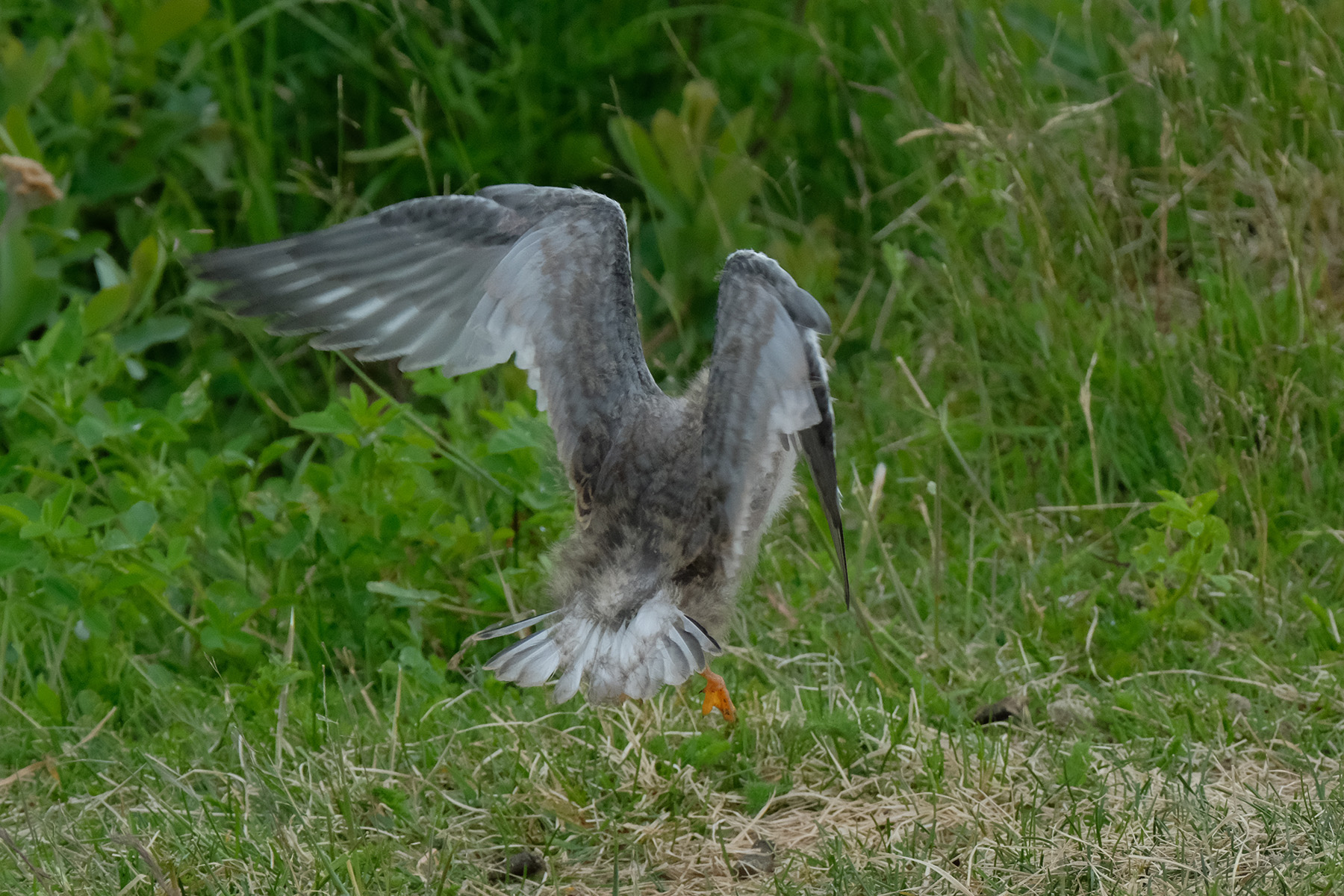 As the Arctic Tern grows, he starts running along a smooth, flat area flapping his wings. Each time he tries, he is able to lift himself into the air a bit higher. Notice how much longer his wing feathers have grown. This picture was taken eight days later than the one before.

When the wind is right, the Arctic Tern stands on a rock slightly above the water in the pond and jumps into the air flapping his wings. The wind gives his wings some extra lift so he gets into the air for a second. Then he tries to fly by jumping into the air off the rock and lands in the water. The water gives him a safe place to land as he practices.
Answer...